* In case of any delay in receiving the OTP, you may verify it later. Please proceed without verification.

Your mobile number is not registered with us. Please register your mobile no.

Navi Mumbai is situated in Maharashtra, India. Navi Mumbai is also referred to New Bombay, and it is considered to be one of the best-planned townships of Mumbai. Navi Mumbai has been divided into two parts, namely, the North Navi Mumbai and the South Navi Mumbai. This was done so that the Panvel Mega City could be developed. The area of the Panvel Mega City ranges from the Kharghar area to the Uran area. The Government of Maharashtra mooted the area in the year 1971 and it came under the Mumbai’s urban township. Due to this reason, CIDCO was established. Navi Mumbai is spread across two different districts of Thane and Rajgad. All nodes that have already developed and are still developing in the district of Rajgad are taken care of by CIDCO. 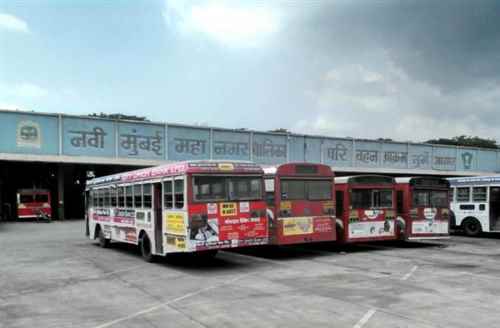 Navi Mumbai is also considered to the entry point of Mumbai. The location of Navi Mumbai along with the infrastructure attracts a lot of people here. Due to the affordable housing facilities and the low pollution, most of the immigrants who come to Maharashtra or leave the state, prefer to stay here. These people generally look for a proper living condition in spite of all the hardships that they face daily. Navi Mumbai has achieved the 12th rank amongst the list of the other 73 cities when it comes to hygiene and cleanliness by MoUD or the Union Ministry of Urban Development and the QCI or the Quality Council of India. Navi Mumbai has a number of educational institutions for medical science, engineering, hotel management, interior decoration, etc. which have achieved the topmost rank in the country. It is also considered to be one of the most active and busiest business hubs of India.

There is no doubt to the fact that Navi Mumbai is extremely well connected to all other parts of the country and within the state. Navi Mumbai is not as polluted as Mumbai. The city has a very good system of transportation with the NMMT. Also, the NMMC has a transportation wing that actively serves the bus commuters. The train commuters are served by the suburban railway of Mumbai. Navi Mumbai also has a very large fleet of the auto rickshaws for moving from one node to another, also known as the intra-nodal commute. The important highway situated in Navi Mumbai include the Mumbai-Pune Express which starts from the place Kalamboli, situated in Navi Mumbai.

The commuters who travel by train on a daily basis are served by the suburban railway of Mumbai. The railway network is known to cover almost all the regions that are populated in the city. This makes transportation easier, faster and convenient. The important suburban stations of Navi Mumbai include places like Nerul, Panvel, Belapur, and Vashi. All these stations have been planned as the major junctions of the railway by the Government of Maharashtra. The most important and the only one mainline station of Navi Mumbai is Panvel. This station is considered to be the busiest rail station in this place. The outstation trains are known to halt here for a period of five minutes to twenty minutes, and it varies from train to train. This is a very important junction. All the lines meet in this place, and Panvel is connected to many parts of India. Currently, three of the express trains are known to ply between Panvel and Karjat.

BEST, also known as the Brihanmumbai Electric Supply and Transport, and the NMMT, also known as the Navi Mumbai Municipal Transport have bus facility available. These buses travel from one area of Mumbai to another, thereby covering all of Mumbai. The regions include Bhayandar, Navi Mumbai, Panvel-Khopoli, Kalyan-Dombivli-Badlapur, Uran, etc. The AC Volvo buses from NMMT and the air conditioned Kinglong buses from BEST travel from Navi Mumbai to Mumbai. The Palm Beach Marg is a 10km road that has six lanes. This road connects Vashi to the city Belapur which runs parallel to Thane creek.

The taxis operate from the taxi stands and they help people to commute to travel to destinations that are far away. A fixed charge has already been approved by the Route Transport Officer or the RTO, and these details are found on the transit apps, which are local. This makes it easier for the passengers to know about the rate.

As of now, the nearest airport to Navi Mumbai is the Chhatrapati Shivaji International Airport which is almost 30 km away. Also, the Navi Mumbai International Airport is yet to be constructed in the southern area of Panvel near Ulwe. The airport will be constructed by the PPP or the Public Private Partnership. The partners of the private sectors are known to have equity of around 74%, whereas the AAI or the Airports Authority of India have around 13% equity and the Maharashtra Government, through CIDCO, also hold equity of 13%. The techno feasibility clearance has already been granted by the ICAO or the International Civil Aviation Organization, to this airport. The approval for the airport's construction has been passed by the central government on 31st May 2007. The airport is supposed to be open from 2020, but the construction has not yet started.

According to the reports, the Navi Mumbai Metro is under construction. It is considered to be one of the rapid transit systems of Navi Mumbai. According to the plan, there will be a network of six lines. CIDCO will construct four lines in the southern region of Navi Mumbai. MMRDA and NMMC are known to construct the third line and the second line. CIDCO is constructing the metro system’s first line. This particular line will include three phases. The city of CBD Belapur of the suburban railway will be joined to  Pendhar village by the first phase. Taloja MIDC and the Khandeshwar node will be joined by the line of the second phase. This line will later be extended to Navi Mumbai International Airport, once it becomes operational. Pendhar and the metro station of Taloja will be linked by the line of the third phase. By this year, the line one of the first phase will become operational. CIDCO has also claimed that the other four lines will become completely operational by the year 2019 or 2020, along with the Navi Mumbai International Airport.

Also, the city of Navi Mumbai is known to have the country’s largest operational container terminal. This is the Jawaharlal Nehru Port located in Nhava Sheva situated near Uran. This area is well-connected not only by road but also by rail. The area handles around 56.13% of the country’s container traffic. The nearest airport to Navi Mumbai is the Chhatrapati Shivaji International Airport while the Navi Mumbai International Airport is under construction now.

Navi Mumbai is very well-connected to other parts of Mumbai and people can easily commute from one part of the country to another as well.